SCHOLA CANTORUM OF OXFORD
James Burton was appointed conductor of Schola Cantorum in 2002 and is the longest serving conductor of the choir. Over the last 14 years, James has conducted the choir in countless concert performances, on recordings, radio and TV broadcasts, and on the choir's many domestic and international tours. He oversees the day to day musical life of the choir, taking all the rehearsals as well as training the singers and being the mentor for the conducting scholar. 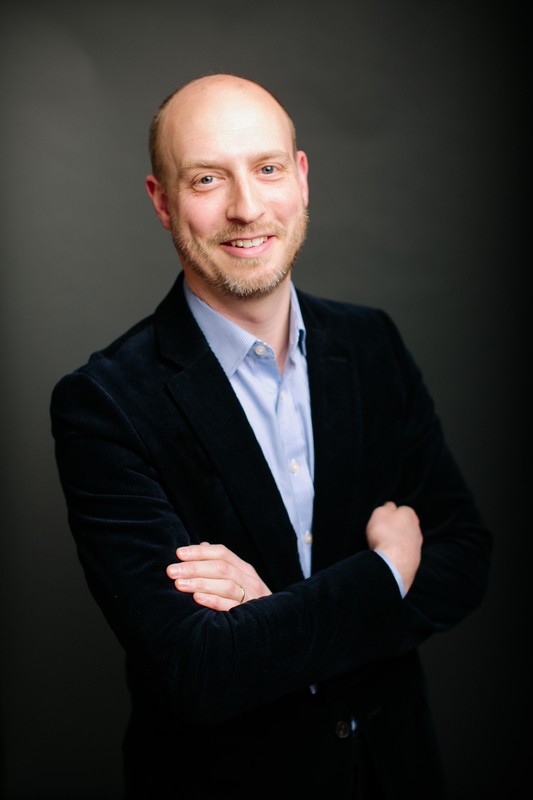 Photo Credit: Paul Arthur
After 15 years as Conductor of Schola Cantorum of Oxford, it has been announced that James Burton will step down from the role in June 2017. In February this year James was appointed Boston Symphony Orchestra Choral Director and Conductor of the Tanglewood Festival Chorus, and he will lead his first projects in this new post in summer 2017 with appearances at the Tanglewood Festival, the summer home of the Boston Symphony. Since his tenure at Schola Cantorum began in 2002, James has released recordings with the choir on the Hyperion label and led international tours to Argentina, China, France, Italy, Malta, Mexico (three times), Poland, Spain and the USA. He has led the choir in countless concerts in Oxford and all over the UK. He has appeared with Schola in a series of five BBC TV documentary films about British composers directed by John Bridcut. He founded the choir’s Conducting Scholarship in 2011 and has led the choir’s regular alumni concerts, most recently with the Orchestra of the Age of Enlightenment in 2015. James’ final performance with the choir will be in Oxford on Saturday June 10th.

In recent seasons James has conducted concerts with the Royal Liverpool Philharmonic Orchestra, the Orchestra of the Age of Enlightenment, the Hallé, the Orchestra of Scottish Opera, Royal Northern Sinfonia, BBC Concert Orchestra, Manchester Camerata and the Oxford Philomusica. In 2016 he returned to the Royal Northern Sinfonia and the Hallé, and he made studio recordings with the BBC Singers and gave concert performances as Conductor of the Choir of the Enlightenment. In March 2016, he gave his debut, together with Schola Cantorum, with the Orquestra Sinfónica Nacional of Mexico, and he returned there in December for a series of concerts with the OSN as well as the Chorus and Orchestra of the Teatro de Bellas Artes. He returns to the OSN once again this coming May to lead a Brahms Festival.

Recent opera conducting engagements have included performances of Don Giovanni and La Bohème at English National Opera, a UK tour of Cosi fan tutte for English Touring Opera, The Magic Flute for Garsington Opera at West Green, and Suor Angelica and Gianni Schicchi at the Prague Summer Nights Festival 2016. In 2013 James worked at the Metropolitan Opera as Assistant Conductor for the American premiere of Nico Muhly’s Two Boys. James was the recipient of the Leonard Ingrams Award at Garsington Opera in 2008 for outstanding work with the company, and he has served on the music staff of English National Opera, Opera Rara and the Opera de Paris.

James’ extensive choral conducting has included guest invitations with the Gabrieli Consort, the Wrocław Philharmonic Choir, and he will lead the BBC Singers in their performances at the BBC Proms Dubai in March this year. James has led workshops for choirs from all over the world, and this spring he will conduct performances with the National Youth Choir of Japan and the Princeton University Glee Club. James was Choral Director at the Hallé Orchestra from 2002-9 and under his leadership the Hallé Choir and the Hallé Youth Choir, which he founded in 2003, performed frequently at the Bridgewater Hall in Manchester and at the BBC Proms. They won the Gramophone Choral Award in 2009, and James returned to Manchester in 2014 to prepare the choirs for a Hallé recording of Vaughan Williams’ A Sea Symphony under Sir Mark Elder which received a further Gramophone Award nomination this season.

James’ extensive work with young musicians has included guest conducting at the Royal Northern College of Music, Genesis Sixteen, the National Youth Choirs of Great Britain, Manchester University, the University of Kentucky, Oxford University Orchestra and the Eton Choral Courses. James is a teacher of and mentor to young conductors, and he has given masterclasses at the Royal Academy of Music and Royal Welsh College of Music and Drama.

James’ compositions and arrangements have been performed internationally. James’ commissions have included the music for the 2010 World Equestrian Games opening ceremony, and a choral/orchestral work The Convergence of the Twain for the 100th anniversary of the Titanic disaster in 2012. His choral works are published by Edition Peters and have been recorded by the Choir of  St John’s College, Cambridge, the Choir of Royal Holloway, Rodolphus Choir and Schola Cantorum. Recent commissions have included Te lucis ante terminum for the National Portrait Gallery as part of its World War I commemorations, a Magnificat for the Exon Singers, O Thoma! for the Clothworkers’ Company, and most recently a carol for the 2016 Advent Sunday BBC broadcast by the Choir of St John’s College, Cambridge.

Born in London, James’ training began as a chorister at Westminster Abbey where he was Head Chorister. He is a graduate of St John’s College, Cambridge where he was a Choral Scholar, and he holds a Masters degree in orchestral conducting from the Peabody Conservatory where his teachers were Frederik Prausnitz and Gustav Meier.