The Conductor oversees the day to day musical life of the choir, taking all the rehearsals as well as training the singers and being the mentor for the Conducting Scholar and the new Conducting Fellow.
Schola Cantorum of Oxford is delighted to announce the appointment of Steven Grahl as Conductor from the 2017-18 season.  Steven is no stranger to Oxford having studied there, been a member of the Oxford University Faculty of Music, and worked at New College, Oxford for seven years.  Steven’s performances have been described as “truly inspired” and Schola Cantorum is looking forward to an exciting first season with him. 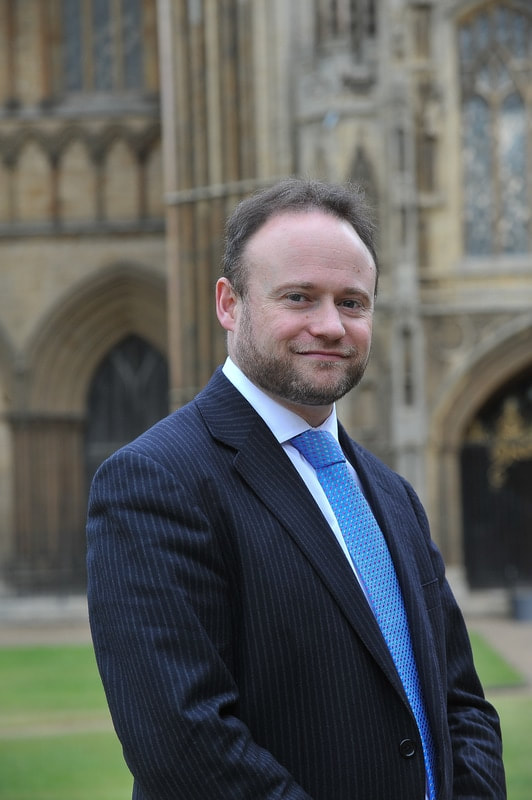 Steven took up his current appointment as Director of Music at Peterborough Cathedral in September 2014, where he is responsible for directing the Cathedral Choir, and for the recently re-pitched Hill Organ. Prior to this, he spent seven years as Assistant Organist at New College, Oxford, accompanying the chapel choir in services, concerts, broadcasts, webcasts and recordings. In conjunction with this post, he held the position of Organist & Director of Music at St Marylebone Parish Church, London from 2001-2014. Steven has been Principal Conductor of the Guildford Chamber Choir since 2006.

In 2017, Steven has directed première performances of works by Cheryl Frances-Hoad, Roxanna Panufnink, and Toby Young. A CD recording of Frances-Hoad’s EvenYouSong will be available later in the year. Recent and forthcoming engagements include concerto performances in Peterborough Cathedral’s June Organ Festival, directing Stamford Chamber Orchestra in Beethoven and Mozart, an organ recital tour of Luxembourg, and concerts in northern France with the Guildford Chamber Choir.

A prize-winning graduate of Magdalen College, Oxford, and the Royal Academy of Music, Steven gained the top prizes in the FRCO examination, and is also a holder of the Worshipful Company of Musicians’ Silver Medallion.  In 2010, he was elected an Associate of the Royal Academy of Music (ARAM), an award offered to past students of the Academy who have distinguished themselves in the music profession and made a significant contribution to it in their particular field.  As a former member of the Oxford University Faculty of Music, Steven has twice held stipendiary lectureships in music at New College and is in demand as an organ and conducting tutor. He served for two years as Chairman of the Association of Assistant Cathedral Organists, and has held a Junior Fellowship in Choral Direction at Birmingham Conservatoire. Steven was an interpretation finalist in the International Organ Competitions at St Albans (UK) in 2011, and in Dudelange (Luxembourg) in 2013, and will be President of the Incorporated Association of Organists from July 2017. He is also active as a composer and arranger.